Failed by the island: The young people who are cut adrift and have to live with drug dealers and ex-cons 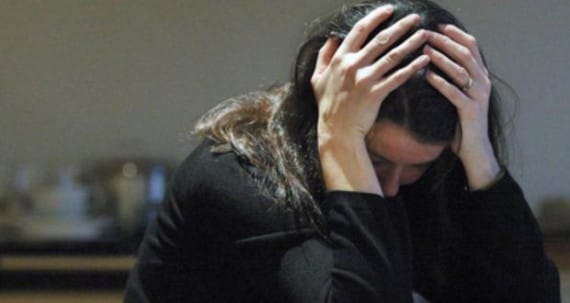 At-risk youngsters cut adrift from the care system ended up living with drug dealers and ex-cons, while others feared sex demands from landlords.

The shock revelations are included in a special report on the need for more and better accommodation for vulnerable young people.

That report makes numerous recommendations, including a better system to support those who leave the care system at 18 and more controls on landlords.

It also hits out at a lack of leadership from the government on dealing with the problem.

But it is the first-hand stories from care-leavers themselves that stand out.

One told the investigation: ’I lived in bedsit with a drug dealer - they used to hide drugs in the bathroom.’

Another said: ’One of the other people in the flat told me that if you paid rent late then they would ask you for sex to cover the debt.

’I don’t know if it was true but I heard it a lot and expect it was.’

And another young person living in private sector accommodation said: ’I ended up having to live in a building where everyone else in there had come out of prison in the last six months.

’I shouldn’t be having to live in the same place as ex-convicts. All because I was in care and didn’t have references or a guarantor because I was young.’

The investigation into the problem was led by a Tynwald select committee chaired by Ayre and Michael MHK Tim Baker.

Care and supervision orders for children expire when they reach 18.

As of April, there were 84 looked-after children in the island. Excluding those who return to their families, are adopted or switch to adult services at 18, an average of 12 young people leave care each year.

The select committee said St Christopher’s went beyond its contractual duties to support young people. The committee praised the quality of the ’compassionate and dedicated staff’.

But what happened to young people after either formal care or the after-care support ended, was a cause for concern, both for St Christopher’s staff and the committee, which said: ’When a young person leaves care and their entitlement to statutory support ends, they face a cliff edge.’

There was no specific definition of homelessness within government, the committee found, and it warned that many homeless young people could be ’hidden’ and face a range of issues.

The government’s director of children and families Debbie Brayshaw said there was support for homeless 16- to 18-year-olds, including assistance finding social security, a young person voluntarily entering care and pointing the children to charities that could help.

The children and families section of government could provide short-term bed and breakfast accommodation as a ’last resort’, the inquiry heard.

But the committee found there was an ’over-reliance on the third sector’.

It recommended the DHSC work with Depaul, a UK homelessness charity, that runs a ’Nightstop’ scheme for people aged 16 to 25, placing them in the homes of vetted and approved volunteers, to set up a similar scheme here.

It acknowledged that joined-up working took place between the departments but added: ’We are concerned that there may be a lack of strategic direction and that no one is taking ownership of the challenge of tackling the issue of accommodation for vulnerable young people.’

It recommended the government worked with the voluntary sector and the Voices in Participation Council - a forum for looked-after children and care-leavers - to develop a cross-government strategy on accommodation for vulnerable young people.

A Landlord Registration Bill, requiring all private landlords to be registered, is currently being drafted and this has been welcomed by the committee, which says it should be processed as ’soon as practicable’

Although the committee’s 285-page report will be laid before next week’s sitting of Tynwald, it is not down for debate at this stage. But its 21 recommendations are certain to be discussed at a future sitting.

Other recommendations include the government reviewing regulations on public sector housing, which care-leavers have struggle to access.

Legislation should be drawn up to entitle care-leavers and estranged young people to a £3,000 grant, to be held on trust and administered on their behalf, to assist with the transition from care. Such a grant exists already but only if for those who were in care for at least 16 weeks before their 16th birthday.

Housing benefits should be paid direct to landlords as standard, it is recommended.

A ’duty to support and accommodate people who become homeless unintentionally’ should be written into law.

Legislation should also be introduced extending the government’s duty as ’corporate parent to support care-leavers as necessary beyond the current 18 years of age, up to the age of 21’.

Another recommendation was that the government should operate a trial scheme acting as ’guarantor’ for care-leavers and estranged young people entering private sector accommodation.