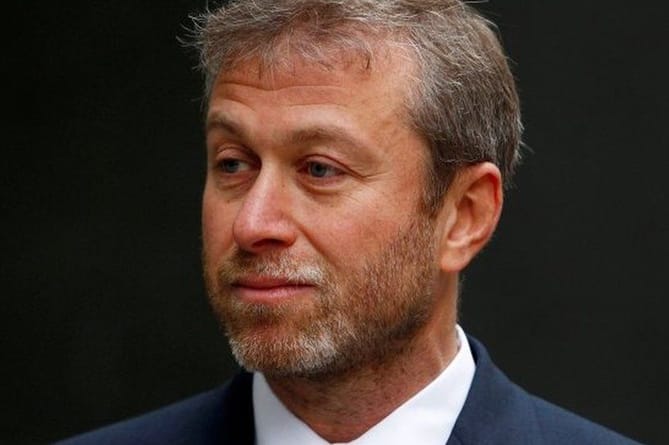 The Isle of Man government has confirmed that Chelsea FC owner Roman Abramovich has had his Manx-registered aircraft deregistered.

A spokesperson also confirmed that the total number of Russian aircraft deregistered in the island has now reached 14.

It’s as a result of a crackdown on Russians’ business interests.

Britain is in the process of searching out the helicopters and private jets belonging to sanctioned Russian oligarchs.

Royal Show at the weekend

Abramovich was among seven more oligarchs put under British sanctions yesterday (Thursday), meaning his assets will be frozen, with no financial transaction being able to take place in relation to them.

The UK imposed the measures as it believes Abramovich’s steel firm Evraz may have supplied steel for Russian tanks, and the billionaire has close links to Putin.

His helicopter, which had the registration M-HELI, was officially deregistered by the Isle of Man Air Registry this afternoon.

It comes as the Isle of Man has reaffirmed its commitment to implementing all UK and UN sanctions deployed in response to Russia’s actions, and to further economic crime prevention measures.

On Wednesday afternoon, Treasury Minister David Ashford MBE MHK joined ministers from the other Crown Dependencies in a virtual meeting with the UK’s Minister of State for Security and Borders, Rt Hon Damian Hinds MP, and the Parliamentary Under-Secretary of State for Business, Energy and Corporate Responsibility, Rt Hon Lord Callanan, to discuss the Economic Crime Bill, which forms part of the UK’s package of economic measures against targeted Russian individuals and organisations.