Henning wrings the sense out of the nonsensical 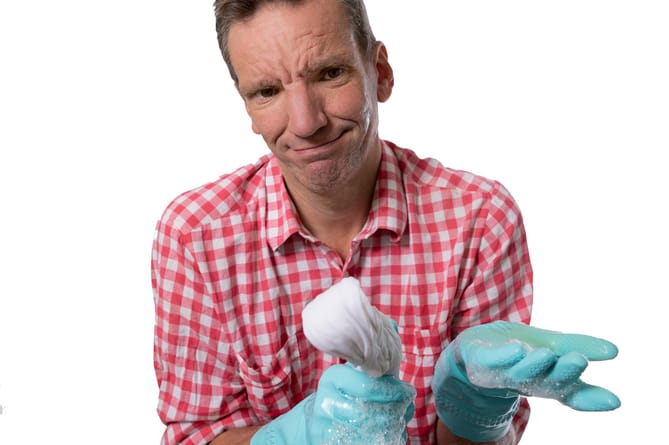 At some of the past few shows held by top German stand up and well-known TV personality Henning Wehn, he has asked his audience which of their ‘favourite palaver: Brexit or Covid’ they would like about.

Given the prevalence of both ion the national mind set, he invariably ends up talking at length about both.

But that is the whole point of his latest comedy show, ‘It’ll All Come Out In The Wash’, which Henning will bring to the gaiety theatre on Thursday, June 30.

Henning, also known as the German Comedy Ambassador, will take all the current hot topics of the day, the ones that fill our heads with conflicting opinions and advice, and wring them out for all the comedy value they are worth, and drag some semblance of sense of out of the nonsensical.

Former witchcraft museum in windmill for sale for £425k

The top news reports for the Isle of Man

Putting wildlife at the heart of the community

Church is marking 150 years of history

Especially Covid, as you can’t really escape talking about that.

As a touring comedian, Henning was forced to join his contemporaries, sitting at home and not our on the road during the pandemic. Not that he is complaining.

‘You can expect a certain virus to be getting a mention or six,’ said Henning.

‘Well, there’s been little else happening. Saying that, I did a lot of cycling.

‘I would be lying if I said I missed performing, though. As much as I enjoy all aspects of stand-up comedy: writing, performing and travelling, I was perfectly happy not to have any obligations.

‘And I’m certainly not alone.

‘A neighbour of mine who works in Brighton absolutely loved not having to commute. I don’t remember seeing him wearing a top last year from March until October. He occasionally put a shirt on for a Zoom meeting but would be back in his garden working on his tan in no time.

‘I had no intention to do online gigs at first, either, but then this tour kept coming up and with none of the small places where I usually do my previews open, I resorted to intimate Zoom gigs.

‘I limited the audience number to 12, just in case of any IT mishap. And it also meant everyone could be unmuted throughout and we would all have a nice chat after.

‘I got to say the whole process worked a lot better and was a lot more enjoyable than I would have expected.’

Now Henning is back on the road, as well as returning to his more familiar role as a TV personality and regular contributor to such shows as ‘Mock The Week’ and ‘Eight Out Of Ten Cats Does Countdown’.

‘For myself anyway. I can’t speak for the audiences.

‘But I think it’s crucial to do fun daytime activities wherever you are.

‘Go to a yoga class, hire a surf board, destroy a golf course, go for a bike ride, watch a non-league game.

‘I try and turn it as much into a holiday as possible to make sure it remains fun doing and immerse yourself into wherever in the country you are.’

Tickets for Henning Wehn’s show ‘It’ll all come out in the wash are £21.50, avail;able from the Welcome Centre and the Villa Gaiety box office, on 600555, and online from villagaiety.com