Orchestra welcomes past and present members 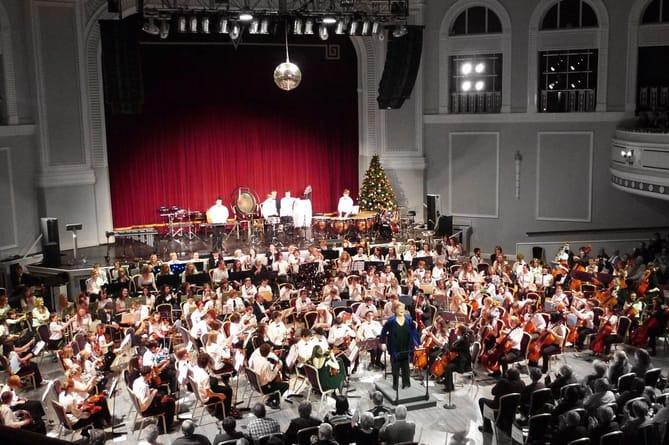 Past and current members of a familiar and fondly-regarded educational music group will gather together to help it celebrate a landmark anniversary next week.

The Manx Youth Orchestra is to perform a special concert to mark its 50th anniversary at the Villa Marina on Tuesday, June 28, from 7.30pm

Current young musicians, taken form the island’s high schools, and players from over the orchestra’s past 50 years will take part in the reunion concert, playing a set of music taken form the orchestra’s repertoire over the past 50 years, to celebrate the half century of a widely-respected educational establishment which has proved a breeding ground for many of the island’s top musicians and performers.

The concert will take place under the directorship of Juan Wright, the acting head of music service for the Department of Education, Sport and Culture, who currently runs the Manx Youth Orchestra.

Offender who spied on ex with hidden camera back in court

‘All past members are welcome, even if they’ve not played for ages,’ said Juan.

‘This is a chance for them dig out their instruments and have some fun, or to just come along to the concert and celebrate this landmark year in the orchestra’s history.

‘Music will be sent out in advance and there is no limit to the number of players who can join in.’

As well as leading the ‘ad-hoc’ orchestra, Juan will also welcome guest conductors to lead the group through a series of numbers closely linked with the orchestra’s history.

These will include former conductors and heads of music service Graham Kirkland and Bernard Osborne, and they will be joined by the former junior orchestra director Janet Warburton who will conduct two pieces specially composed for the orchestra by her late first husband Geoff Nicks.

Both Geoff and Janet worked for the music service for many years and their children Andrew and Jenny both played in the orchestra.

The Manx Youth Orchestra began life in 1972 and has been instrumental in encouraging several generations of Manx children in following and studying music.

Throughout the Orchestra’s history, they have played annual concerts and at stand out occasions, including representing the Isle of Man around the world on concert tours and festivals in the UK, Scandinavia, Europe, Israel, USA and the former Soviet Union.

Tickets for the 50th anniversary concert are £10, with £5 for under 16s, available form the Welcome Centre and the Villa Gaiety Box Office, at 600555, and online from villagaiety.com