Return trip to Colby for Tony and Milly 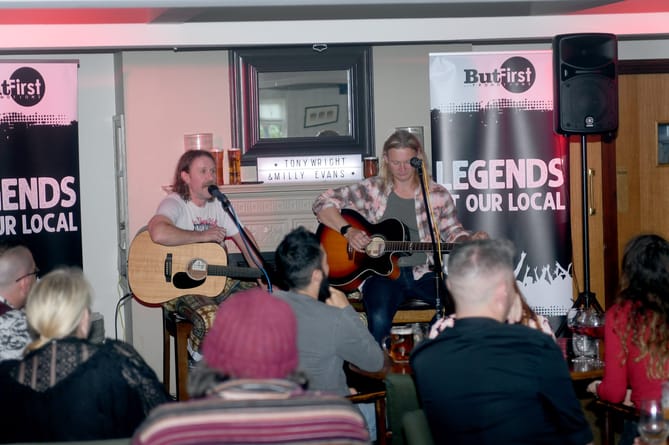 One of the most familiar faces of the Brit Rock era is heading back to the island later this year.

Terrorvision frontman Tony Wright and sidekick Milly Evans are returning to perform at the Colby Hotel on Friday, October 14.

The singer and guitarist was the first visiting UK musicians to make it back to the island after the lifting of the lock down restrictions in June last year and was able to enjoy playing to a non-socially distanced crowd when similar restrictions were still in place around the UK.

Tony is best known as the singer from the British rock-pop group Terrorvision, who were one of the UK’s most popular groups of the late 1990s, scoring a succession of hits with songs such as ‘Oblivion’, ‘Pretend Best Friend’, ‘Alice Whats the Matter’ and the night club dance floor filler ‘Tequila’.

Organiser RTob Cope, from But First promotions, said: ‘Tony and Milly will be playing an acoustic set of Terrorvision songs, and songs from Tony’s solo albums.

‘We were completely blown away with the energy of their performance last year, a set that was rewarded with a standing ovation at the end of the evening.’

T £26.50 each and available by email at [email protected]