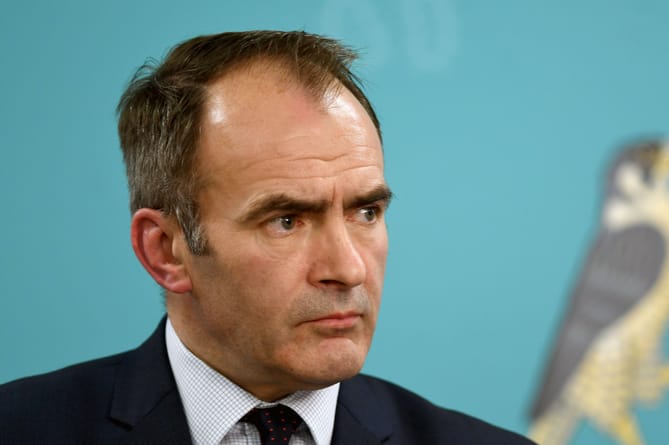 A consultation on the proposed changes for the TT 2023 schedule will open next month.

Chief Minister Alfred Cannan told Tynwald on Tuesday (June 21) that the consultation will be open for four weeks.

MHK Michelle Haywood pointed out that many visitors will have already booked their travel for next year, which would mean there is a ‘very restricted window’ to make changes and people may have to change their arrangements as a result.

Mr Cannan said: ‘Every year there’s always a provisional set of dates before the Department of Infrastructure publishes its plans.

Commissioners to spend £1,000 learning how to deal with social media

‘There’s always an element of uncertainty. Although some of these dates could have been made clearer in their provisionality.’

The changes will spell the end to ‘Mad Sunday’ and move Senior Race Day from Friday to Saturday.

Racing will now take place on the Sunday after practices – traditionally used by fans to ride around the course on open roads and nicknamed ‘Mad Sunday’.

This was in response to a question posed by Arbory, Castletown and Malew MHK Jason Moorhouse, who wanted to know what consultation took place with key stakeholders and others ahead of the announcement of changes to the 2023 TT timetable.

Mr Cannan said the Department for Enterprise carried out detailed consumer research in the fourth quarter of 2019 and identified issues with travel and accommodation during the TT period.

He said there was a ‘clear trend’ towards short breaks, and around weekends and public holidays.

Mr Moorhouse suggested the proposals were motivated by the media, but the chief minister argued that it was driven by demand from visitors.

He said: ‘The original driver to review structure was online consumer research in 2019 prior to cancellation of 2020 races.

‘Feedback from consumers and visitors was that demand was greater than current capacity.

‘Organising travel and accommodations is a logistical problem.’

He added that around 20% of people had cancelled trips to the island for the TT due to this issue but that 66% of TT visitors would stay longer in the island if they could.

The DfE said in a statement that as well as online consumer research in 2019, research around the fans’ experience of travel and accommodation in February 2021 and TT stakeholder focus groups in May and June 2021, the department ran a further consultation specifically on the proposed new schedule via the government portal in June and July 2021.

It said: ‘Based on the findings of the consumer research, it is believed that the proposed 2023 race schedule will bring a host of benefits to all.

‘The changes will lift the shoulder periods of the historic travel peak by providing three distinct travel break opportunities including two attractive racing blocks that will not only allow for more visitors to experience the TT, but will also fill the existing accommodation capacity that currently exists during the final weekend.

‘Moving the first qualifying session to the Monday will reduce the impact of road closures to residents on the first weekend.

‘The fixed duration of the schedule will remain the same offering greater certainty for surrounding events such as the Southern 100.

‘Continuing with shorter race days in 2023 will also help to reduce the demands placed on volunteers, officials including marshals, teams and competitors.

‘During the 2021 public consultation, only 13 island residents responded with feedback on the schedule at that time.

‘Therefore, in light of the limited response to the original consultation, and the importance of this new schedule, the department is now offering a further opportunity for the island’s residents, as well as off island race fans, to provide feedback on the proposed schedule for the 2023 TT.

‘The department will shortly be publishing the consultation via the government portal and it will run for a month to afford individuals the time to provide their feedback.

‘In line with legislation within the Road Racing Act, the department for Infrastructure is required to publish the proposed schedule within 12 months of the schedule, which it will do once the Department for Enterprise consultation is completed and the feedback has been reviewed.’