Teenager was arrested three times in a week for drunken offences 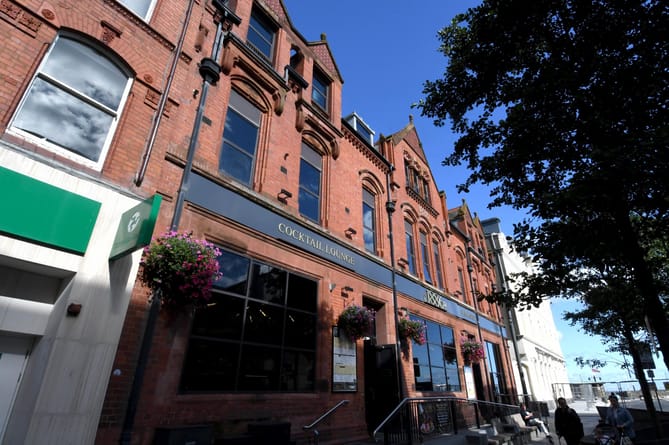 A teenager who was arrested three times in a week for drunken offences has been fined £650.

Joshua Thomas Gilardoni has also been banned from buying or being sold alcohol for six months.

The 19-year-old pleaded guilty to two counts of being drunk and disorderly and one of being found drunk in a public place.

Prosecuting advocate Hazel Carroon told the Deputy High Bailiff that, on May 29 at 3am, police were on patrol when they saw Gilardoni being forcibly removed from 1886 bar in Regent Street.

Man ends up in court after falling asleep in public

He was resisting security staff’s efforts by holding onto a barrier outside and refusing to let go.

Police assisted and removed his grip but he then tried to walk back into the bar.

Gilardoni, who lives on Tynwald Road, Douglas, was described as unsteady on his feet and smelling of alcohol.

Police stopped him going back into the bar but he again refused to move and was subsequently put on the ground before being arrested for being drunk and disorderly.

The teenager was granted police bail and on June 3 police came across him again.

At 2.15am he was again seen outside 1886 bar where staff told police they had asked him to leave the area numerous times but he had refused.

He was said to have been a nuisance to the bouncers and other customers as he stood nearby against a wall.

Police advised him to leave the area but Gilardoni refused, saying he was not on licensed premises.

He was said to be slurring his words, had glazed eyes, and was smelling of alcohol.

Police escorted him away which prompted him to shout incomprehensibly.

Despite being moved away and told to leave, Gilardoni again moved back near to the doorway of 1886.

He was subsequently arrested and continued to argue, saying: ‘I’m not in 1886.’

After being charged with being drunk and disorderly again, the teenager was again granted police bail but later that same day, at 10.05pm, police saw him in Victoria Street.

He was said to be trying to talk to members of the public who were shaking their heads and trying not to engage with him.

He was again described as slurring his words, unsteady on his feet, and having glazed eyes.

Police made multiple attempts to get Gilardoni to go home but he said: ‘I’m going to go for one more drink.’

He was arrested and charged with being drunk in a public place.

Defence advocate Paul Glover said that the offences were his client’s first alcohol-related ones.

‘He remembers little of either occasion due to alcohol and is embarrassed and disappointed with himself,’ said the advocate. ‘A valuable lesson has been learnt in terms of drinking alcohol to excess. He knows it’s going to be an expensive lesson.’

Mr Glover went on to say that Gilardoni’s job involved him entering licensed premises at times and asked that he be spared a ban that would interfere with this.

Deputy High Bailiff James Brooks fined Gilardoni £200 for the first drunk and disorderly offence, £250 for the second one, and £200 for being found drunk in a public place.