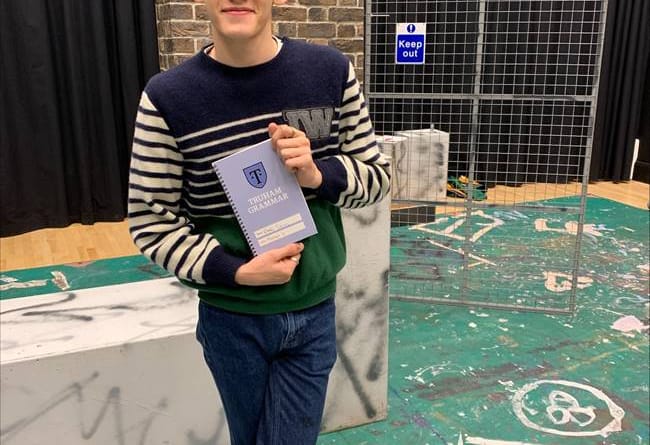 The Cabinet of Queeriosity, a temporary exhibition at the Manx Museum, opens this weekend.

It celebrates the history of the Isle of Man’s queer community and how it is reflected in places, objects, landscapes and culture.

It has been co-curated by Manx National Heritage and Kensington Arts, and is supported by Isle of Pride.

The exhibition showcases the transformations won on the Isle of Man’s community in the 1990s, alongside the experiences, history and heritage of the island’s LGBTQ+ people through personal collections, records and voices, which were once not commonly shared or heard.

More than 30 objects are featured in the exhibition, including the outfit worn as a political protest on Tynwald Day 1991 worn by Isle of Man gay rights campaigner Alan Shea, who exercised his right to present a petition of grievance to the Tynwald.

His petition helped to pave the wave for the decriminalisation of homosexuality on the Isle of Man.

In contrast to Alan’s protest outfit, the exhibition showcases the fun, glitz and glamour of Vida La Fierce, the Manx drag queen persona of Gareth Leece, who is credited with inspiring many more drag queens and drag kings on the Isle of Man.

And followers of the Netflix series based on Alice Oseman’s bestselling graphic novel, Heartstopper, have the opportunity to see the ‘Truham Grammar’ school notebook for the character Charlie Spring, loaned by Joe Locke.

‘We have been overwhelmed by the generosity of the island’s queer community in sharing their story and we are extremely grateful to all those who have contributed to celebrate the accomplishments of our community and the culture they were born into, have chosen or seek to understand.’

The Cabinet of Queeriosity exhibition is free to visit at the Manx Museum in Douglas, and open from 9.30am to 4.30pm daily from Saturday, June 25, until Sunday, September 4.