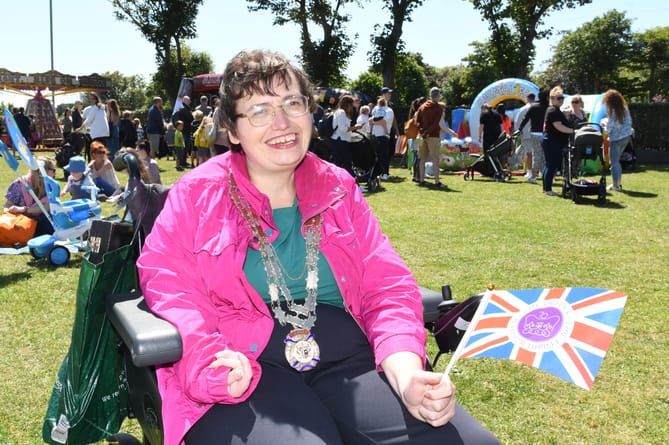 The chair of Onchan Commissioners Kathryn Williams has labelled media reporting of a recent meeting as ‘inaccurate’.

Miss Williams was referring to reports of a meeting where she and two other board members sought to remove lead member for finance David Quirk from his position through a vote of no-confidence.

In her statement, Miss Williams said that when references were made by Mr Quirk, a former MHK who is now a commissioner, to a meeting held in June ‘it was incorrectly reported that Mr Ross Phillips, the chief executive/clerk witnessed arguments between members’.

She added: ‘As he was not in the room at the time the incidents happened, this is untrue.’

Crogga does want to vary its licence for gas exploration

At the time, we reported that Mr Quirk said he had made a formal written complaint against Anthony Allen and Derek Crellin regarding what he said was their ‘highly inappropriate threatening behaviour at a board meeting in June, which was witnessed by all board members and the chief executive officer’.

Miss Williams also said: ‘With regards to the annual general meeting, neither Mr Allen nor Mr Crellin put themselves forward for lead member roles as was also incorrectly stated in the recent newspaper article.’

Mr Quirk added: ‘In fact, neither Mr Allen nor Mr Crellin got the support for a position within the authority.’

The chair of the local authority further stated: ‘Additionally, there are also no public minutes of a private staffing matter meeting held on September 26 as was also claimed.’

At the time, we reported that no minutes from this meeting had been made public, despite two meetings being held since that date.

Miss Williams later said: ‘It is also noted that parts of Mr Allen’s statement were not included within the article, and this could lead to some confusion when taken out of context.’

While not everything Mr Allen said was reported, this was the same for every board member and is perfectly normal for coverage of political meetings,as all politicians know.

At the time, we reported: ‘Mr Allen began by saying that a working relationship between the board’s lead member for finance and the commissioners’ finance manager is “paramount to meeting the needs of this role”, adding that due to the breakdown of the relationship between Mr Quirk and the finance manager “the board has not been kept full informed”.’

‘No officers, except the clerk, have attended any board meetings since June 2022, as a result of his behaviour during meetings. This decision to keep staff away from meetings was made by the clerk, who has a duty of care to his staff.’

‘Mr Allen added that the clerk, Ross Phillips, had also written to the board seeking a resolution to the issues between Mr Quirk and the staff and that it had been agreed at an extraordinary meeting between members that Mr Quirk should resign from his role on the board.’

Miss Williams added: ‘There is no question that there was more said by members during the public section of the meeting than would have been desirable, including reference to ongoing complaints between some of the members. However, I felt that it was important that motion should be heard, as no other alternative was offered by the members, even though their views were sought on two previous occasions.

‘The motion should not be seen as questioning Mr Quirk as a commissioner but whether he is in the right position as a lead member. Ultimately, the motion failed. Therefore, the board must move forward as quickly as possible whilst recognising we have a duty of care to staff.

‘We must now work to find a solution in the best interests of the board, the staff and the ratepayers of Onchan.’