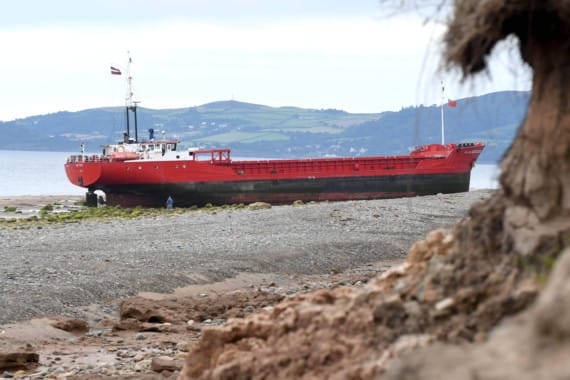 A ship stranded on the shore on the northern coast of the island, between Dog Mills and the Point of Ayre, having run aground during the night - ()

The cargo ship CEG Orbit, which ran aground off the north coast near the Point of Ayre early on Thursday has been refloated.

Preparations for the Royal Show are well underway

Initial attempts to refloat the ship using a tug failed yesterday afternoon. However, a second attempt at high tide in the early hours of this morning was successful and the vessel has now made its way down to Douglas where diving teams will survey for any damage caused by the grounding.

The ship and its five crew had become stranded at Cranstal while travelling from Liverpool to Belfast.