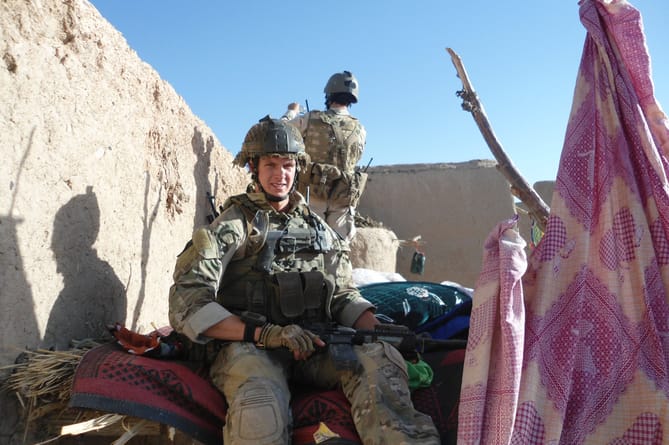 The latest charity in our series is the Billy Redmayne Memorial Fund (charity no. 1297).

In 2008, at 16 years old, Billy joined the British army, and by 2010 he was deployed to Afghanistan, where he served a six-month tour of night operations supporting the special forces units.

Once back home, he decided to try his hand at road racing with a 2005 Honda CBR600 and he was hooked.

After two seasons on this machine he bought a 2010 CBR600RR which was prepared by him and his father Dave to race a full season with the Derby Phoenix Club in which he finished eighth in the championship.

Views will be sought on TT 2023 changes in July

He then spent a number of years in racing before tackling the Manx Grand Prix in 2015.

He won the Newcomer’s Race and came second in the Junior Race – before flying back to Afghanistan to finish the tour he was in the middle of.

Billy was only 25 when he lost his life in a racing incident in April 2016 at Oliver’s Mount in Scarborough.

Set up by his parents, it is hoped that the Billy Redmayne Memorial Fund will keep his memory alive.

The charity holds an annual event in which at least 100 riders do a relay of 100 laps of the TT course in 100 hours to raise money.

This year it starts on July 6, with Lieutenant Governor Sir John Lorimer starting the event and even riding a lap himself.

Ahead of the big event, I spoke to Billy’s parents, Dave and Sue, about the fund and its work.

Who are you/What do you do?

We are Billy’s dad and mum, and Billy’s sisters, Kerry and Leanne. The aim of the Fund is to help newcomers at the Manx Grand Prix [and] also to help out riders and their families if needs be after an accident.

Why/when did you form?

We set up the charity after Billy lost his life racing at Scarborough in the 2016 Spring Cup race.

We want to keep his memory alive by helping motorcycling causes in the Isle of Man.

What has been your biggest achievement?

It was great to see Brad Vicars and Michael Rees win their newcomers races under our sponsorship, but it also gives us a great sense of purpose helping out all the other riders we have sponsored and the families of riders who have had an accident.

What is your biggest goaL FOR THE FUTURE?

We want to see Billy’s charity grow and be able to support other motorcycling causes.

Not just road racing but the off-road scene as well, as Billy came from a motocross background.

How can people get involved?

Where can people find you?

Our Facebook page is The Billy Redmayne Memorial Fund.

You can buy merchandise, and also find Sue’s contact details.