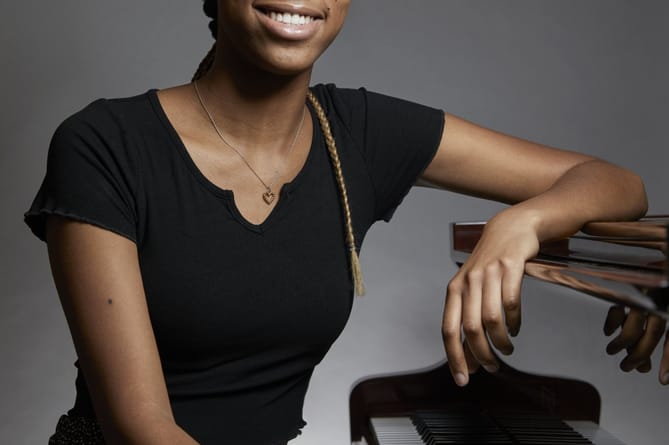 Artists from many different backgrounds and genres, from the Isle of Man and further afield will help welcome the return of the island’s most prestigious festival of the arts over the next week.

After a break of three years, the Mananan Festival returns to the Erin Arts Centre in Port Erin with six nights of concerts and performances, featuring music, from original interpretations of traditional folk to classical, blues rock and flamenco, along with theatre and artwork.

Opening the festival on Monday, June 27, from 8pm, will be a concert and album launch by Manx singer Ruth Keggin-Gell and Scottish harpist Rachel Hair.

Ruth and Rachel will be officially releasing their eagerly-awaited debut album ‘Lossan’, and will be performing their traditional and contemporary Manx Gaelic songs and tunes, live for the first time, with the help of Manx fiddle player Isla Callister.

Police officers training off side of cliff

Booster vaccines to be delivered on a bus

Tuesday will see ‘My Life With Winston’ a one-woman theatre show written by Kit Hunter and starring Liz Grand.

The acclaimed play looks at the life of Clementine Churchill, wife of Winston Churchill, and examines what she went through as the woman behind the famous and strident, but deeply troubled war leader.

Wednesday will see the return of the thrilling and fiery UK flamenco virtuoso guitarist Adam Westcott.

Having performed at the Mananan festival on several occasions, Adam is a popular figure at the Erin Arts Centre.

A protégé of flamenco god Manitas de Plata, Adam has dedicated his life to the study of this exotic, explosive and atmospheric art form, which has seen him perform all over the world.

Described as a thrilling classical quartet, and one that ‘joins the dots between Schubert and Kate Bush’, Thursday will feature a performance by the acclaimed Solem string quartet.

As well as performing for many prestigious music festivals, they also gave the UK premiere of Radiohead guitarist Jonny Greenwood’s Suite from ‘There Will be Blood’ at the V&A Museum.

One of the more anticipated nights of the festival is the performance by the classical pianist Jeneba Kanneh- Mason.

19-year-old Jeneba is one of the celebrated Kanneh-Mason family of musicians who rose to fame after being chosen to perform for the wedding of Prince Harry and Meghan Markle.

She was a finalist in the BBC Young Musician 2018, and was also a winner of the Murs du Son Prize at the Lagny-Sur-Marne International Piano Competition in France, 2014, and The Nottingham Young Musician 2013.

An exciting and talented performer, she will be performing music by Bach, Mozart, Coleridge-Taylor and Liszt.

Finally, bringing the festival to a close on Saturday, July 2, will be a concert from the Manx blues, rock and soul singer Christine Collister.

She will be backed by a band of local musicians and guest appearances.

After being forced to cancel the 2020 festival, due to the Covid pandemic, and being forced to miss last year, the organisers from the Erin Arts Centre are excited to be able to welcome back international artists to the centre once more.

‘It’s been three long years and we’re thrilled to announce a week-long event packed with an exciting variety of top-quality artists , bookended by Manx stars,’ said Pip Rolfe, from the Erin Arts Centre.

‘The festival features an array of local and international talent that we hope reflects the breadth of programming here at the EAC.

‘The recent years have been testing for everyone and it feels incredible to be putting the final preparations in order before welcoming a Mananan festival audience back into the venue.’

All details on times and ticket prices are available online at erinartscentre.com