Quirk, Gawne and McMullan named May players of the month 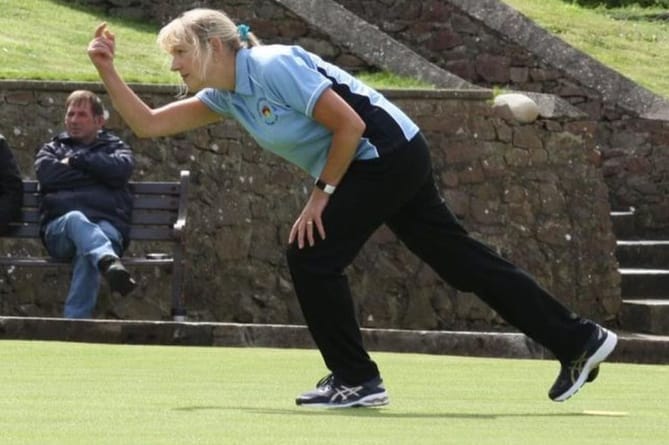 Bowls: Player Of The Month - May - Women's - Sue Gawne

Isle of Man County Crown Green Bowling Association is looking to recognise high performance across the sport each month in partnership with Canada Life.

Onchan Bowling Club pair Matthew Quirk and Sue Gawne picked up the respective men’s and women’s player of the month awards for May, while Mooragh Park’s Shannon McMullan collected the under-21s equivalent.

The latter had a superb month winning three out of four games for her night league team, starting the month in good form.

This while representing the Isle of Man junior team in St Helen’s, again winning three games out of four scoring 54 points out of a possible 60 to help the team finish runners-up in the group on what was a successful day.

Pairs victory for Moore and Teare in Isle of Man bowls

To top the month off, McMullan came through a field of 29 players to win the Junior Manx Championship for the second time, following her previous success in 2019.

After looking down and out in the final, she dug deep to recover from an 8-16 deficit to finish in style with a deserved 21-18 win on what was her last opportunity to compete for the title.

Shannon now goes on to represent the Isle of Man in the BCGBA Junior Individual Merit at Royton Cricket, Bowling and Tennis Club in Oldham on Saturday, August 20.

Quirk received the award from the men’s section for his performances in May as he won eight games from eight played, with six league wins and two Rayner Shield victories. To evidence what good form he was in, Quirk comfortably defeated the previously undefeated Dido Kelly 21-10, with the latter having won the award the previous month.

Gawne picked up the award as decided by the women’s section, winning eight games out of eight, having previously qualified for the British Senior Merit Finals to be played at Brighouse Sports Club in July.

She also picked up a win in the Onchan Commissioners Cup, picking up the title with Lynda Cadamy, while further success in the doubles arrived more recently winning the Port St Mary Cup with Andy Kennish.