Classic cars impress at the festival of motoring display 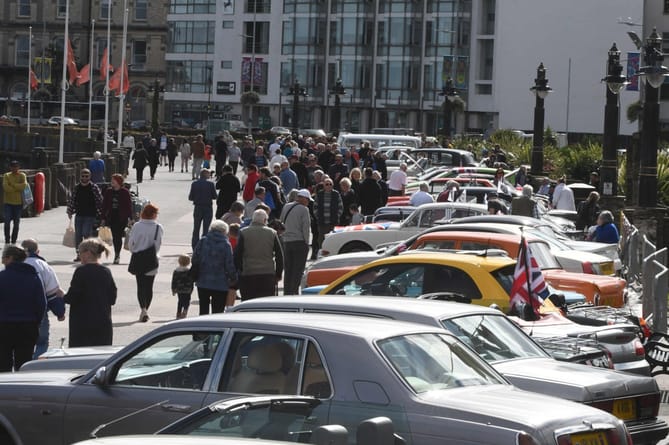 The second annual Festival of Motoring event took place across the island this weekend as attendees and locals got the chance to view an impressive collection of classic and vintage vehicles.

Facebook Group made in protest of new bin collection schedule

Organisers, Scenic Car Tours, said they received great feedback from participants and island residents alike and claimed it as a ‘roaring success.’

Alongside track days and static displays on promenades in Ramsey and Douglas, many praised the chance to experience some of the island’s most scenic roads in closed rides with one driver, Rob Pearce, saying: ‘We got a clean run across the closed mountain road and it was one of the most beautiful, fun and exhilarating drives of all time.’

However, organisers also paid tribute to driver Jeff Wyatt who died after a heart attack during the Jurby track event, company director Steve Hornby said: ‘I would like to praise the efforts of members of the Scenic Car Tours team, together with first responders, Safety On Set, who were quickly on the scene, but whose best efforts in providing potentially life-saving CPR were ultimately in vain.’

He added: ‘[Jeff’s] BMW M3 was his pride and joy and he died doing what he loved. Jeff is survived by Sasha, his partner and his daughter Lucy. Our thoughts are with his family at this difficult time.’

The event will return next year with ‘An American Extravaganza’ boasting the biggest gathering of American classic and sports cars ever seen in the island between September 15 and 17.