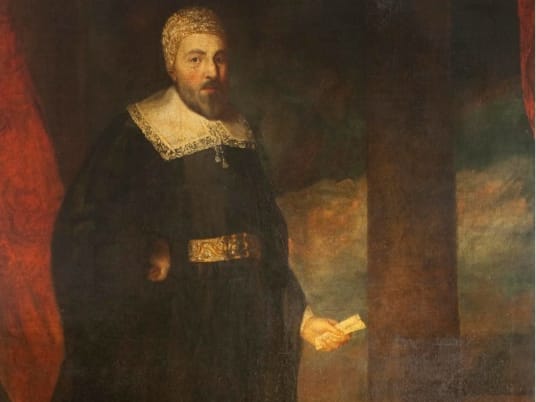 The portrait of Manx patriot Illiam Dhone, one of the largest paintings in the Manx national collection, is going off-island to be inspected by specialist painting conservators.

In preparation for going off-island, the painting was removed from display earlier this month, having been on show for at least 60 years.

Once that inspection has been completed, a condition survey of the painting and a proposal for its conservation will be prepared.

Manx National Heritage said: ‘Sadly, no facilities for large-scale x-ray and infrared imaging are available on the island. The study will help us learn more about the original appearance of the painting and, possibly, the artist.’

Scott Johnson of Douglas is jailed for importing £10,000 worth of cannabis

The portrait itself, MNH said, dates from the 17th century and was hung at Milntown, having originally been on display off-island in Cumberland.

Some commentators believe that part of the portrait could be older than the rest of it, something which should become clearer after it has been x-rayed.

Who was Illiam Dhone?

That rather depends who you ask. To some, he was a traitor, to others a patriot who saved thousands of lives.

Ultimately, Dhone was executed at Hango Hill in 1663 on a charge of treason brought by Charles, 8th Earl of Derby, despite the Act of Indemnity, which should have seen his life spared. MNH added: ‘The earl and the island’s deemsters were subsequently summoned to London and vilified by the king; the deemsters being held in an English prison for a year.

In the island, Illiam Dhone became a martyr and folk-hero, a symbol of the island’s cherished freedoms and traditional rights.’