Putting wildlife at the heart of the community 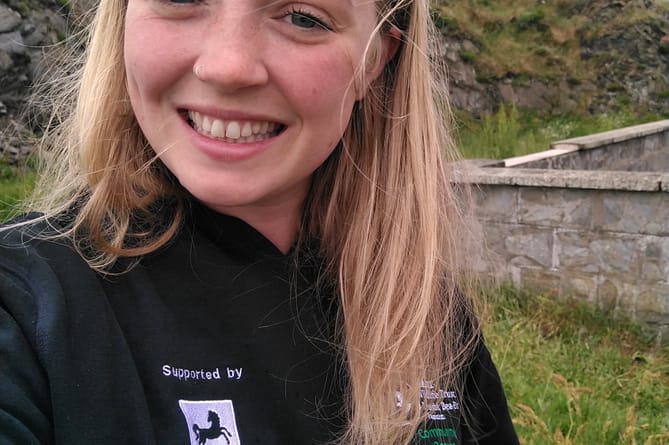 Manx Wildlife Trust is focusing on putting wildlife at the heart of communities as it aims to make green spaces more accessible.

Hannah Phillips is the community ranger for the charity, a new role within MWT she started in May.

Her job, supported by Lloyds Bank International, is to engage more of the community with wildlife while also helping to set up more urban and community-led nature reserves.

‘We’re trying to make room for wildlife everywhere and we’re trying to make it accessible and increase the green spaces that can help both people and wildlife,’ said Miss Phillips, who moved to the island from Bristol for the role.

The top news reports for the Isle of Man

Church is marking 150 years of history

‘A large part of my role will be trying to engage more people in the east of the island, particularly Douglas and Onchan, largely because people find it harder to access nature and wildlife there and so we’re trying to get more accessible nature to people in that area.

‘I will be working with the community all over the island, not just the east but it is a large target of ours.’

She explained that despite the large number of nature reserves in the island, a car is needed to access ‘around 90% of them’ due to them being considerable distances away from urban area

Miss Phillips, who recently finished a masters degree in ecology at the University of Gloucestershire, said: ‘There might not be public transport to them either which makes it difficult to get to them.

‘We’re really blessed to live in such a beautiful place with so many green spaces but it’s bringing that to Douglas and Onchan where people might not be able to travel and see places like Cronk y Bing.’

‘At the moment we have a nature reserve in Onchan wetlands and although it’s only about a hectare in size it’s perfectly located to engage people with wildlife because it’s right in the heart of the Onchan community.

‘The reserve itself hasn’t received as much management as some of our other ones, so it requires a bit of TLC.’

She added: ‘We’re taking this opportunity to turn it into a community-led nature reserve and give the ownership back to the community and then ask what they want from their nature reserve, and what can we do to make it more accessible and make it more welcoming to them.

‘As long as wildlife is at the centre we’re really open to suggestions, we want it to be at the heart of the community where people can go and get in touch with nature and do other activities that will benefit people’s wellbeing and their mental health.

‘It all goes hand in hand.’

Onchan wetlands is just the beginning of the project, however, with more areas due to be targeted over the next few months.

‘At the moment we’re just spreading the word that we want to have a community-led nature reserve, we’re trying to gain interest and see who has suggestions but also if people are keen to volunteer and become a core part of it,’ Miss Phillips said.

‘It will turn into something more practical when we start putting things into place.

‘It’s something that will obviously create a good community network, we might meet some people who would like to spend more time volunteering with us and from there we will go on to work on more urban green projects around the island.’

The MWT has recently changed its movement.

Miss Phillips explained that the traditional way of doing conservation would be to fence off remote nature reserves so people can visit but not disturb wildlife in one fixed area.

She said: ‘There’s now a movement called Team Wilder and it’s all about the fact that we need to be helping wildlife everywhere and we need to be making room for wildlife wherever we can.

‘My role as community ranger and why I’m really excited to be in the job is I think the epitome of this Team Wilder project that the Wildlife Trust is now doing, because it’s all about engaging people and finding room for nature and wildlife where we can.

‘I think this project is really important because it really epitomises the future of where conservation is going.

‘Not only is it important to be helping the environment and helping wildlife but wildlife is so important for our wellbeing and mental health.

‘By helping wildlife we’re then improving so many aspects of our lives, there’s so many different reasons why this is important.’

Miss Phillips said she was ‘very excited’ to have taken on the role, saying: ‘I’m really loving it. I’ve just finished doing a masters in ecology and was looking for jobs and in my head I wanted something which was helping wildlife but also working with people.

‘I’d been in Bristol for a few years but I wanted an adventure, I wanted to live somwhere by the sea and with lovely countryside and this job came up and it’s been absolutely perfect.

‘The role is spot on what I wanted to do and I have to keep pinching myself because I feel incredibly lucky.’