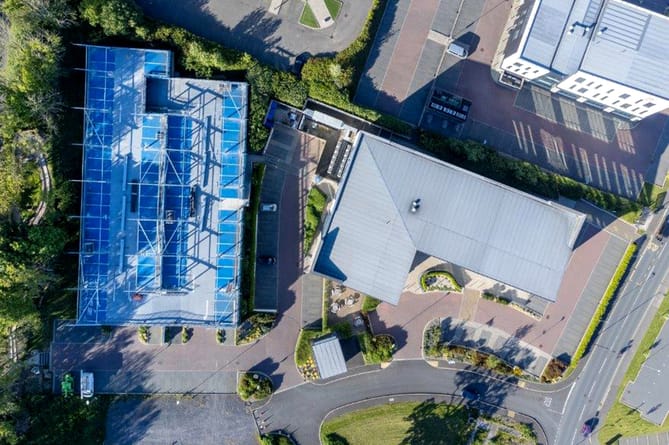 A solar panel project that will see Zurich’s island headquarters generate up to 70% of its own electricity is well underway.

Zurich began the installation of 540 solar panels at its offices in the Isle of Man Business Park in April.

The company sells life insurance, investment, and protection solutions to support customers across the world.

This is the biggest project of its type in the island, according to the company.

Views will be sought on TT 2023 changes in July

It says that work on the project is going very well, and it’s on track to be completed and generating power before the end of July this year.

The panels are being installed above an existing car port and construction of the steel framework which will support the panels is well advanced.

Completion of the construction and installation work will be followed by rigorous testing before the solar power system goes live.

Zurich is working with local business Ardern & Druggan to install the latest photovoltaic cell technology with the capacity to generate over 206 kilowatts (206,000 watts) of electricity – enough to power more than 2,000 100watt lightbulbs.

In addition to providing around seven months of the annual electricity needs of Zurich House, it will also generate power to recharge electric vehicles.

The project has been welcomed by chair of the island’s Climate Change Transformation Board Daphne Caine MHK who says that Zurich’s major commitment to harnessing renewable energy, and ensuring a sustainable future for its Isle of Man headquarters, will help the island to meet its climate change goals.

The solar power project is jointly funded by Zurich on the Isle of Man and the Zurich Carbon fund which is part of Zurich Insurance Group’s sustainability commitment.