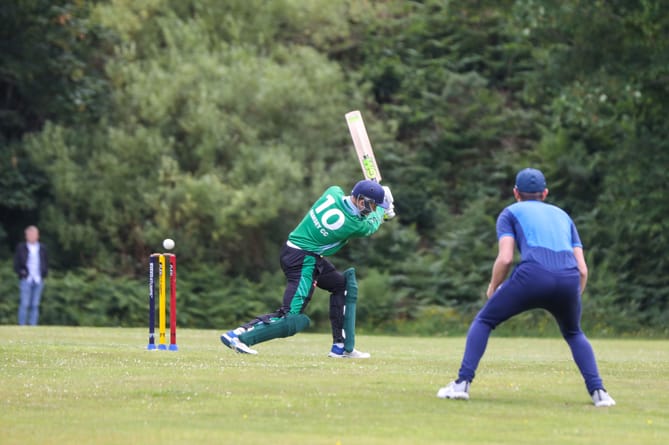 Peel and St John’s continued their unbeaten run with their fifth win of the season, beating Ramsey to stay top of cricket’s Premier League.

But Crosby kept the pressure up in second place with a comfortable home win against Cronkbourne.

After winning the toss and putting Ramsey into bat, Peel and St John’s restricted Ramsey to only 152. Hamza Zafar was the pick of the home side’s bowlers, picking up four wickets for only 18 runs in a miserly eight-over spell.

Grant Atchison provided the main resistance for Ramsey with a half-century but he was bowled by Ollie Webster chasing runs, one of three wickets for the PSJ captain.

PSJ hit the heights with win at Finch Hill

Ramsey did at least reach the 150 mark in the face of excellent bowling from the home side but it was always likely to be below the required rate.

And so it proved, with Webster hitting 38 from only 20 balls and Nick Jacobs 43 proving decisive as Peel reached their target with five wickets and 15 overs to spare, although Ramsey fought hard - none more so than Toby Poole-Wilson and Ryan Hogan who picked up a brace of wickets each.

Although Crosby were all out in only 31 overs against Cronkbourne, thanks to aggressive batting from George Burrows who hit 82 from only 59 balls, they set a target of 204.

Opener Josh Clough got the Cronkbourne reply off to a good start with 43, including a 50 partnership for the second wicket with Will Wood and a useful contribution from juniors Nathan Williams (33) and Jacob Harding (19).

But, despite Ansell’s 24, the Cronkbourne reply petered out 42 runs short.

It was a closer affair at Garey Mooar where Finch Hill hosted Valkyres. After winning the toss and electing to bat, Valkyres reached 204 largely thanks to Waj Hussain’s 69.

But with Spencer Clark and Ethan Hawley both picking up three wickets each, the target looked below par.

It was largely thanks to Sam Barnett that the Valkyres target was reached. The opener hit 98 from only 91 balls including eight boundaries and, while wickets fell regularly at the other end while Barnett was at the crease, Finch Hill were always on target for the required run rate.

Although Barnett was out shortly before the end, tt was left to brothers Frazer and Spencer Clark to complete the victory.SIMON CRELLIN